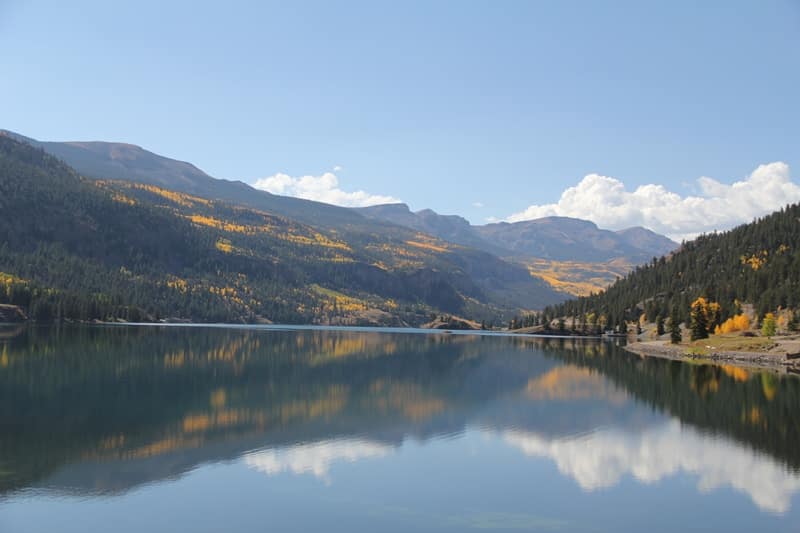 Lake City itself is a page out of the past.  It is the largest historic district in the state of Colorado and Colorado is full of history.

Lake City, even though in its beginning, was totally based on mining. It has always been a more cosmopolitan refined community, much unlike most mining towns, and especially different from its wild and wooly neighbor, Creede.

It has always been known as a town of churches and in most of its history has had more churches than bars. That is also true today with five active churches and three very active bars.

The Saint James Episcopal Church was originally a carpenters shop and for a brief period was used as a school. The building was purchased by the Episcopalians in 1876. The little church is still active today and still uses a rare Estey Organ with “Philharmonic” reeds.  The organ was purchased by the church in 1910 but it is thought to have been constructed in a much earlier time. The church just went thru a total and complete exterior facelift this past summer.  The old siding was removed and replaced with the exact type siding used originally and freshly painted with a new front porch added as well. The yard and surrounding area is always extremely well cared for and beautiful.

The Saint Rose of Lima Catholic Church of Lake City is the oldest Catholic Church on Colorado’s western slope. The first organizational meeting was hosted by Father Hays of Del Norte, Colorado on September 2nd 1877. The beautiful Gothic Style building was dedicated on January 6th, 1878.  The beautiful steeple was also added in 1878. Services are still held each week with a visiting Priest from Gunnison.

The Lake City Baptist Church organization was formed in 1883 but it was 1890 before the local congregation was able to build their own building. In 1891 a beautiful stylish Queen Anne style building was completed. In those days it was the only church in town with absolutely beautiful stained glass windows. Those windows were recently sent out of state and completely repaired and refurbished. I have a special feeling for this church and windows because we own the old home of Peter Kennedy who was the large contributor of the funds to build the church and our home has stained glass windows ordered from France with the church windows. The Baptist Church was inactive and fell into serious disrepair for many years but has been revived and is now extremely well cared for and seems to be the most active church in Lake City

The most historic church in Lake City is the Community Presbyterian Church.  It was the first church on The Western Slope of our state, formally dedicated in November of 1876. In 1888 a beautiful tall steeple was completed housing a very large bell that still rings loudly each Sunday morning announcing the beginning of services. Beautiful stained glass windows were added in the early 1980’s and the exterior of the building and steeple underwent a complete renovation a few years ago. We have been members of this church for nearly 40 years and still sit each Sunday on pews constructed from the lumber used as scaffolding when the steeple was built. The old church just has a special feeling, especially when you go in alone with no services. You really wish the old walls could talk.

Grace Fellowship, while not historic, is a very active well attended non-denominational church.  This church was started several years ago in Lake City and is attended by, for the most part, young couples. They meet each Sunday in a rented space and have not, at this point, been able to afford their own building.