Along Comes a Hero

Home » Articles » Buying a Ranch » Along Comes a Hero 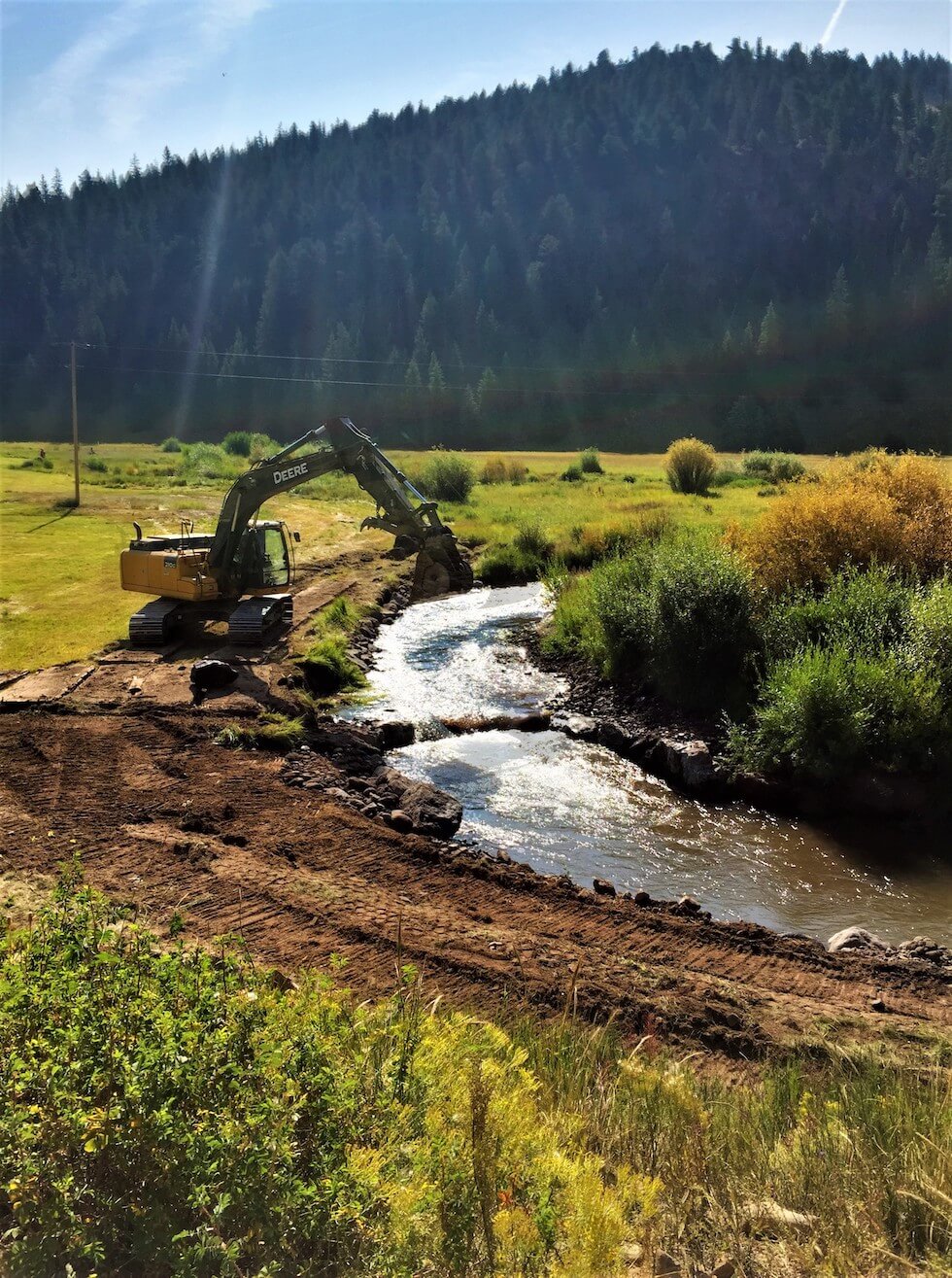 High in the San Juan Mountains, nestled under 14,000-foot peaks, lies one of the most picturesque, clear-running trout streams you could ever imagine. Sadly, the upper Lake Fork of the Gunnison is poor trout habitat with few trout. Mining, manmade structures, and failed water impoundments from the late 1800s changed the face of history for this spectacular alpine fishery.

As an owner and broker of M4 Ranch Group, I have been blessed in so many ways, including getting to work with clients who can see past what is to what was, or—even better—what could be. This stretch of stream in the San Juans is a perfect example of what was and what could be.

Death of a Stream

At the heart of this success story is a 160-acre placer claim, staked out in the late 1800s. In subsequent years, following the path of so many similar parcels in the West, it was subdivided into eight different tracts of land, each bought and sold numerous times. Mining development and water impoundments built to supply hydro power to what was hoped would be one of the San Juan’s premier ore processing locations, contributed to the stream’s loss of habitat.

Typical of the time, the mining build-up was merely an opportunity for salesmen to hawk investments, stocks or options back east. Few of the regions ever saw real gold production or profits other than through the fleecing of long-distance investors.

At the turn of the twentieth century, this locale was heavily improved with mill houses, hydro power, and a mining camp, but little to no ore was processed. With depleting investments and no significant gold strikes, the buildings slowly disappeared, board by board. The large water impoundment upstream held back water and gathered sediment year after year. Eventually the dam failed, cascading thousands upon thousands of cubic feet of water and accumulated years of sediment onto the valley floor.

With the instant deposit of decades of aggregate, the stream lost its ability to maintain bank stability and deep water habitat. Huge deposits of sediment allowed the stream to move anywhere it desired with each and every high water event. Although it still flowed through a spectacularly beautiful location, the stream suffered from the ailments of the era’s mining history, loss of habitat and failed continuity of land ownership. Over the decades, it seemed impossible that this fishery would ever recover.

Along Comes a Hero!

Rarely are land investors willing to envision change and work overtime to make that vision happen. Fortunately, such was not the case in this instance. More than eight years and numerous transactions later, the new owner (who admirably desires anonymity regarding this project) has reinstated sole ownership of the 160-acre placer claim and added two additional contiguous mining claims. Now, with continuity of land ownership, the dream of stream restoration work has begun.

The challenges are great. With a tract of land containing over 2.5 miles of private stream, a waterfall, three lakes and timbered bottoms, the owner is facing the hurdles of no stream stability, a heavy bedload situation and elevated aluminum levels in the water.

The biggest part of a successful river project is to build the right team, beginning with the vital role of the hydrologist—what I like to call the river architect. Along with the hydrologist comes a reputable wetlands delineation team, several permitting agencies and perhaps the single most important aspect of the team, an able construction crew. You can design and permit the best river plans in the world, but if you don’t find the right “artist on an excavator,” your dream restoration project is likely to fall far short of the desired outcome.

River restoration is literally comparable to the whispering voice heard in the famous movie, Field of Dreams: “If you build it, they will come.” When you stabilize a stream, you allow it to maintain an incised channel. By building structures like self-cleaning holes, point breaks, Ws and fish houses, you provide places for fish to live out the cold winter temperatures, places to spawn, places to grow older and thus bigger. You allow the necessary stream vegetation to grow and insects to thrive, both above and below the water line. “If you build it, they will come.”

Many alpine streams have a high percentage of slope and see very high water events; spring melt and heavy rain can create dramatic flow variations. Building for these 100- or even 500-year events is a feat in itself. These conditions require a great deal of engineering and significant amount of structure to maintain the stream’s viability in heavy water events.

Large rocks and stumps are often used to build interwoven structures that control stream width and bank stabilization. On this particular project, over 3,000 rocks, each measuring over 3 feet square, will be the building blocks of habitat. Moving many thousands of yards of aggregate, the design and build team will restructure the historic stream channel, stabilize its banks and confine the river’s bank full width, thus providing the necessary deep water habitat, new growth on the banks and improved overall stream health.

The Cost of Habitat

While these types of projects are not cheap, neither is buying land with a premier river. In today’s world, it truly is less expensive to build a better river than to find the elusive existing strip of “perfect” trout stream. While history has greatly changed the channels and viability of many of the streams in the San Juans, the passionate commitment to proper stewardship by a growing number of today’s landowners is making tremendous strides toward improvement.

Stream improvements on one parcel of private land benefits not only the improved land, but the entire river system. A quality river project is like building a fish hatchery. Biologists have documented trout migrating many miles in river systems in the West. With improved habitat comes increased populations and with increased populations comes migration, as smaller fish eventually relocate to other areas with less competition.

M4 Ranch Group has been proud to work with such buyers who define the phrase Along Comes a Hero. When private or public funds restore depleted fisheries, mile upon mile of stream benefits from those efforts. When you see these projects, realize the benefit to all: the habitat, the fish species, and the sportsman. So if you ever run across a stream project’s land owner, a hydrologist, a wetland-mitigation team or even a rough and tough ‘Artist on an Excavator,” you might just stop and give them a hug!